For information on this oral history project, email: Latorial Faison.

INTRODUCTION
Thirty-one years after African slaves were granted freedom in the United States, Plessy v. Ferguson happened to ensure that they were "Separate but Equal." This ruling fueled what had become known as the Jim Crow Era, an era that was a reign of terror, violence, injustice, and inequality for Black people in the segregated South. Black people in Southern states could not utilize water fountains, restrooms, restaurants, pools, parks, libraries, movie theaters, or any places of business designated for "Whites Only." This was the famed separate but equal, but it wasn't equal. Most memorable, though not entirely tragic, was the reality that, Blacks could not attend public schools designated for "white students only." During these completely defining moments in American history, Blacks were "segregated but educated." And this time, ironically, may have been one of the last times where no Black child was ever left behind.

The most compelling and complex questions researched by educational scholars and practitioners today involve out-comes among minorities in plural societies (Mickleson, 1993). 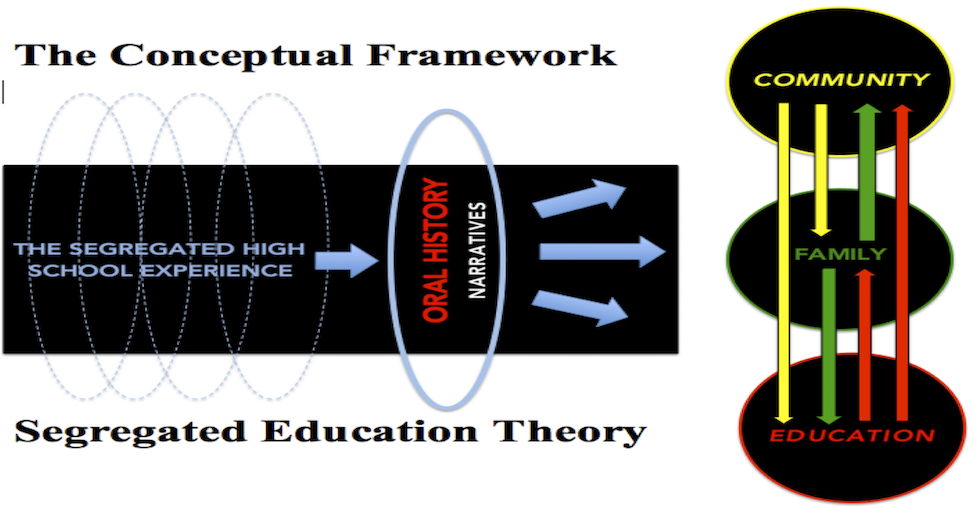 The purpose of this study is to explore the effects of segregated education on African Americans from 1950-1970 in Southampton County, Virginia, to examine the lived experience of participants, to record and document oral history of the experience, and to inform current educational practices for African Americans. 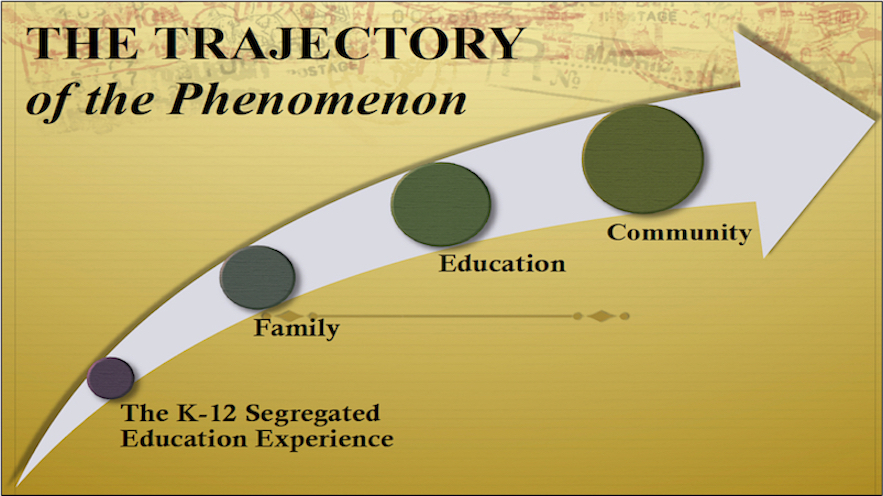 For information about this research project, email: lfaison@vsu.edu.

Posted by Latorial Faison at 2:14 PM No comments:

Did you attend a segregated Black high school in the US for at least 1 year between 1950 and 1970? If so, please share your input: SEGREGATED EDUCATION SURVEY

I am Latorial Faison, a doctoral student conducting research in education. This survey is intended to collect data on the segregated education experience. You have been selected to participate in this survey because you have either attended or graduated from a segregated Black high school in the U. S. Participation in this study is voluntary. Responses are confidential; data is collected and processed via an online survey software tool created by experience management company, Survey Monkey. The survey tool being utilized will not request or utilize any personally identifiable information. The data will be retained for up to ten years, after which the information will be destroyed unless, it is determined that they still have research value. The intention of this information will be for the completion of the study, publication, and program implementation. The data will include age, gender, marital, education, and employment status, and questions regarding the segregated Black high school experience. Data is stored online at SurveyMonkey.com with file encryption and password protection; survey results are only accessible by the researcher and study advisor, Dr. Michael McIntosh. By completing the survey, you give consent for your participation and permission for your responses to be collected, stored, and retrieved digitally for the research purposes of this study.

To complete this survey, click on the "The Segregated Education" Survey Link, and choose one selection for each statement that signifies the degree to which you agree with the statement.

Thank you for your participation. For information about the results of this research project, please contact Mrs. Latorial Faison. Email: lfaison@vsu.edu.

Latorial Faison
Latorial Faison was born in April 1973 and raised in Southampton County, VA. She’s authored and edited a total of 14 books to include poetry and anthologies for young readers. Her titles include Mother to Son, Love Poems, the 28 Days of Poetry Celebrating Black History series, 100 Poems You Can Write, Secrets of My Soul, Immaculate Perceptions, a children's book, Kendall's Golf Lesson, and two junior writing anthologies. Faison attended the University of Virginia in Charlottesville and completed graduate studies in English at VA TECH. Her writing has been selected for publication in Prairie Schooner, About Place Journal, Crab Orchard Review, Mandala Journal, Southern Women's Review, Deep South Magazine, The Chattahoochee Review, Obsidian, Chickenbones, Typehouse Literary Magazine, and other publications and anthologies. A 2019 Furious Flower Poetry Center fellow, Faison is a recipient of the 2018 Tom Howard/Margaret Reid Poetry Prize. Her writing has been published alongside Iyanla Vanzant, Danny Glover, and Dr. Cornel West in the NAACP Image Award winning book Keeping the Faith. Faison teaches at Virginia State University. Visit her official website at www.latorialfaison.com.